There are several forms of sexual assault, and it can occur with or without contact.

“Sexual assault is a sexual act, with our without physical contact, committed by an individual without the consent of the victim or, in some cases, and especially when children are involved, through emotional manipulation or blackmail. It is an act that subjects another person to the perpetrator’s desires through an abuse of power, the use of force or coercion, or implicit or explicit threats. Sexual assault violates the victim’s fundamental rights, including the right to physical and psychological integrity and security of the person (Gouvernement du Québec, 2001) .

Incest and childhood sexual abuse
Includes all sexual activity involving a minor and a person who has a role of authority, responsibility or is a parental figure to the minor.

Sexual harassment
Any form of non-desired sexual attention or advances that are done on a repetitive basis and provoke discomfort, fear or cause the person to fear for their well-being. (Table de concertation sur les agressions à caractère sexuel de Montréal, 2008)

Observing an act of intimacy or nudity of  a person or persons without their consent. (Table de concertation sur les agressions à caractère sexuel de Montréal, 2008)

Term that desribes the behaviour of a person who displays their genitals with the goal of shocking others. This can be done online.

The criminal code prohibits an adult from communicating with a minor for sexual purposes. (Sécurité publique du Québec, 2012)

Sexual tourism
This practice involves tourists travelling to have sexual relationships with locals. Behind this practice is often human trafficking and sexual slavery where the prostitutes are victims. Some of these victims are children. (Balassoupraminiane, 2001)​

Sexual exploitation
Using a person for prostitution or to create pornography while controlling them through blackmail, intimidation and/or physical or psychological violence.

Juvenile prostitution
Exchanging sexual activities for money, goods or services, for reasons other than one’s own sexual or emotional needs. In Québec, it is considered juvenile prostitution when the person is under the age of 18. (Durocher et al., 2002)

Anyone can be the victim of a sexual assault regardless of age, physical appearance, cultural background, global state of health, sexual orientation, etc. Sexual assault can also happen at anytime, anywhere: in a house, on the street, at work and at any time of the day or night. Finally, there are many different relations between an assailant and their victim, as the assailant is often a friend, a boyfriend, a member of the family, an acquaintance, an employer, a colleague, a neighbour, a professional that you are consulting, or a stranger. 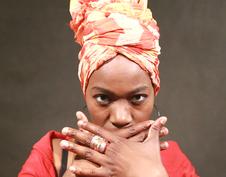 83% of victims were female.

The alleged perpetrators of these sexual assaults were mainly male (97%).

76% 0ffenses against young victims and 61% of adult victims have been committed in a private residence.